Prior to 1996, my house had no central climate control system.  There was a large gas floor heater in the living room and no other heat, even in the bedrooms.  I think there might have been a built-in wall AC in the kitchen, since it's obvious that the wall above the kitchen sink has been patched in a big square shape, and there was a 220V outlet up there.  It must have been really hot in the summer and pretty chilly in the winter.  I have a pretty high heat tolerance, but the apartment where I lived before I moved in here would get up to about 95F inside during the summer if I didn't use the AC, and that's a bit much even for me.

The lady who bought my house in 1996 did a lot of work, including modernizing the kitchen and bath and installing the central heating and cooling system.  I'm not overly fond of the forced-air heat.  It blows a warm hurricane of air into the rooms when it gets cold but doesn't heat evenly and dries out the air terribly.  If I had an infinite amount of money, I would hire a commercial plumber to install a hot water radiator system.  Still, forced air heat is much better than no heat, or uncontrollable heat, which is what I had in my old apartment.  Controllable heat is a good thing.

Thermostats were invented during the scientific revolution.  The earliest known one was from the early 1600s and was used for a chicken incubator.  They didn't really become common until they were needed for textile mills in the industrial revolution.

The thermostat that was here when I moved in did its job, but it wasn't programmable.  You could set a temperature, and it would stay there, but you couldn't set different temperatures for different times of day.  My thermostat is in the living room, which is generally chilly.  At night, the heat runs and tries to warm up the living room.  Meanwhile, it is pumping more and more heat into my bedroom, which stays warmer because it has fewer windows and less exterior wall space. I would go to bed freezing, but then it would get warmer and warmer and warmer as the night went on, and I would wake up sweating at 4am.  This was neither comfortable nor energy efficient.

I researched different types of programmable thermostats quite a bit, trying to find the right one.  There's a popular model on the market right now called the Nest, which is a highly-computerized thingy that programs itself based on how you set it during a training period.  I read very mixed reviews of it and ultimately decided it wasn't for me.  However, my aunt and uncle had been given a Nest as part of a solar panel installation, but they absolutely hated it and generously offered to give it to me.  So, I ended up with a Nest after all.

Swapping out my thermostats went pretty much the same way my other house projects have gone.  I took the old thermostat off the wall and discovered that there was a sizable hole in the wall where the thermostat wires come through.  That's not good because then all the cold air from under the house pours through the hole onto the thermostat's temperature sensor, so it doesn't get an accurate reading of the temperature inside the house.  Also, when the living room was last painted, they painted around the thermostat.  Of course. 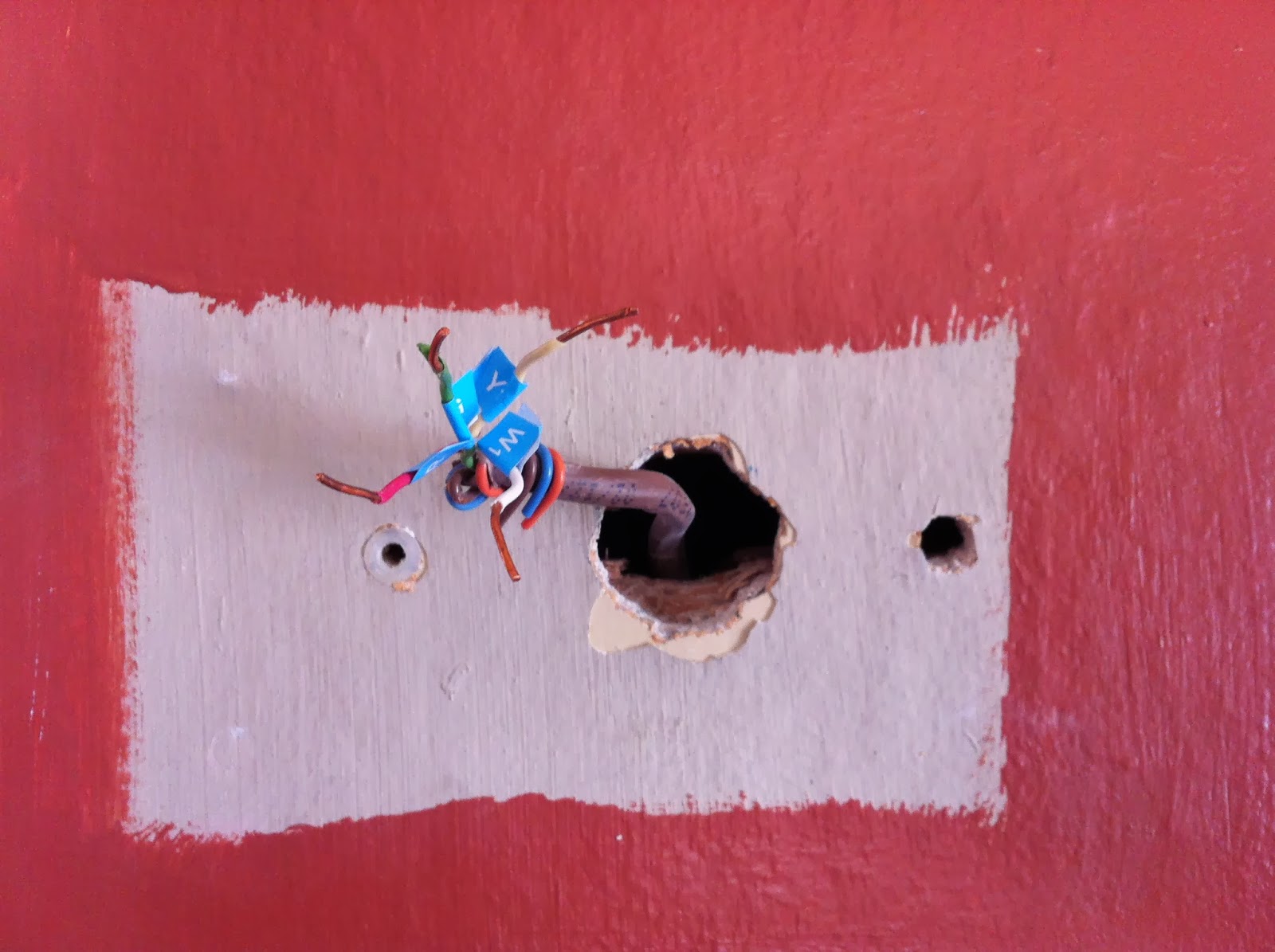 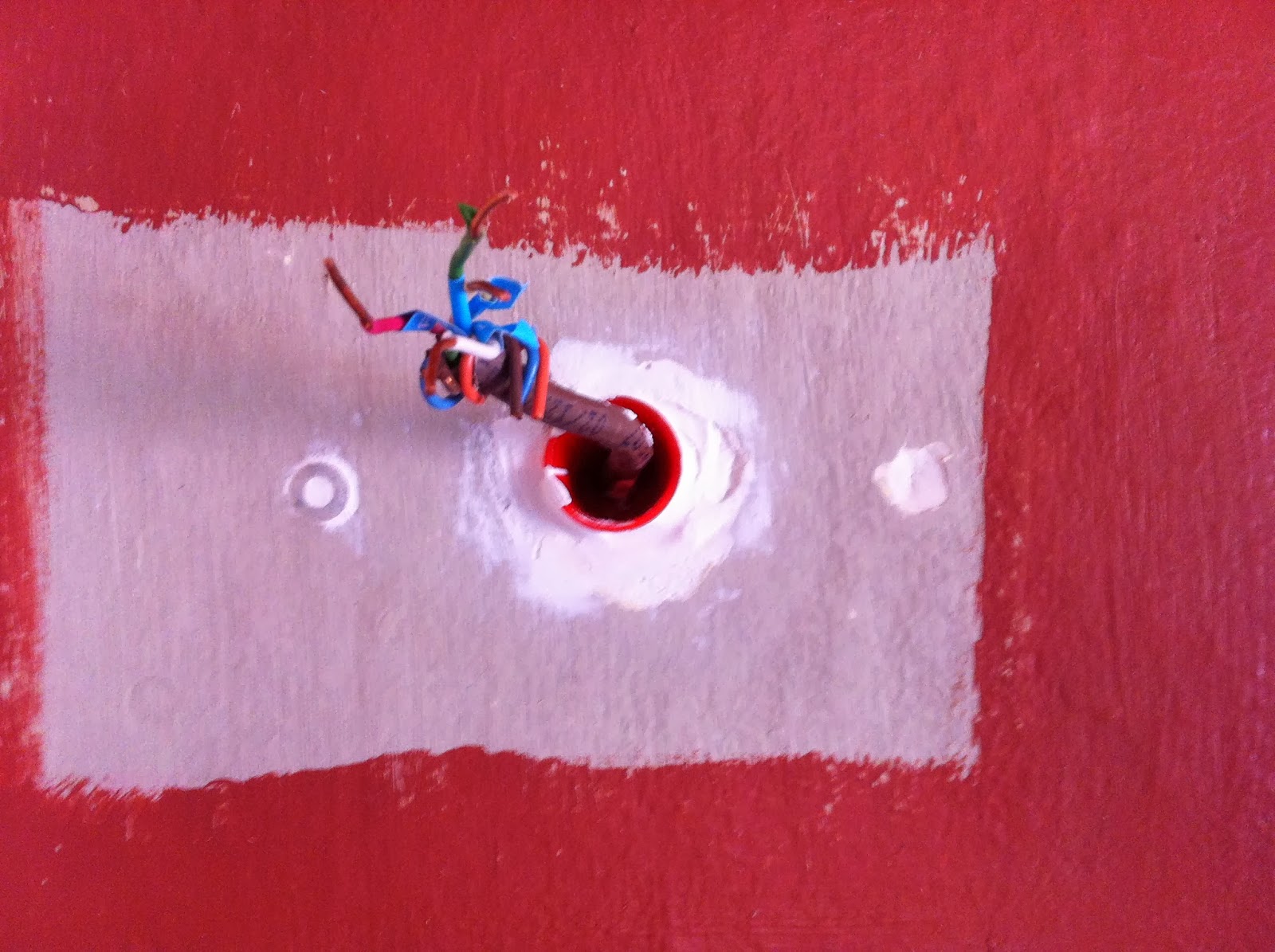 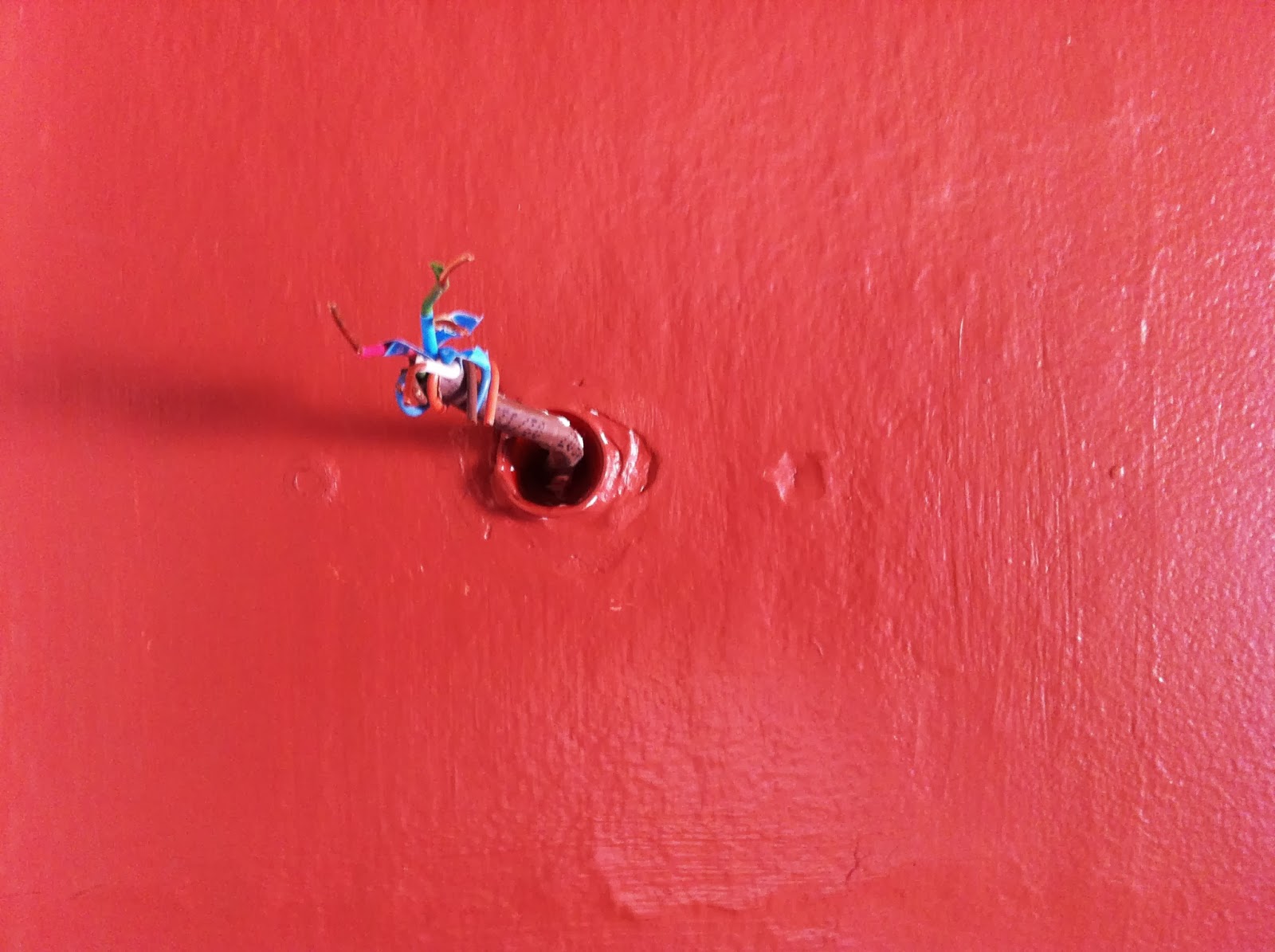 I spackled the hole and did something I thought was rather clever.  I got a plastic thimble from a sewing kit I had, cut a hole in the back, and used that as a sheath around the thermostat wires.  I spackled the thimble into the wall so that there's only a small hole for the thermostat wires, but something they can easily slide in and out of.  Smart, eh?  Then I painted the wall.

The Nest thermostat hooked up easily.  The digital user interface is easy enough to use, but it connects to your wi-fi network so you can control it from your computer or mobile device.  The control panel is simple if somewhat glitchy.  I really like that it shows you how much the system was in use, including the total number of hours per day it was running and a breakdown of exactly when.  I don't know if this information is terribly useful, but it's fun to look at. 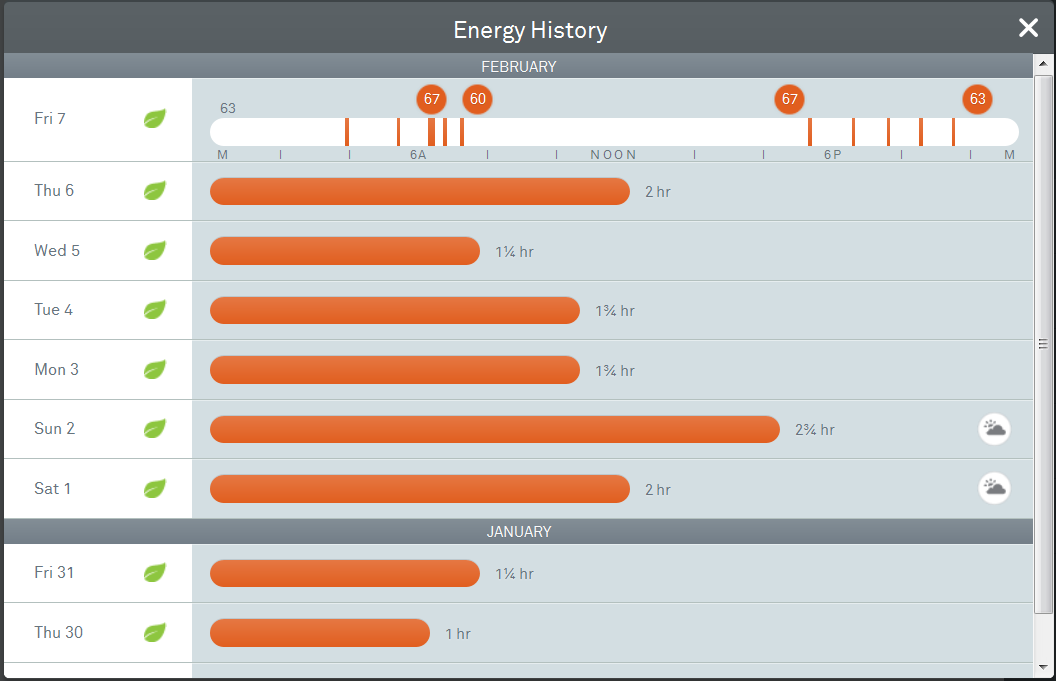 I gave up on the training period after a few days and just programmed it the way I wanted it myself.  Overall, the Nest strikes me as overly engineered.  Really, I don't need my thermostat to learn my habits when I can just tell it what my habits are and what I want.  It has a motion sensor and puts your heating system into "away" mode when it thinks you aren't around in order to save energy.  However, since the thermostat is in the living room, and I still don't have any living room furniture and consequently don't spend much time in there, and since I don't move around the house when I'm asleep, it thought I was never home and always turned the heat off.  Thankfully, it lets you turn off the motion sensing function.

Despite these flaws, it's working very well, and my house has been much more comfortable since I installed it.  I hope to see a decrease on my gas bill as well, but the weather's been mild, so it will be hard to compare.
Posted by morangm at 10:13 PM