A cool breeze floats through my open windows, and the last remnants of the day's sunlight are just visible as I sit down in my living room to enjoy some peaceful reading.  Chirping crickets outside make a gentle drone.  Then, suddenly, a violent, ear-piercing stridulation disrupts my peaceful evening.  Crickets are LOUD when they're in your house.  Yes, in the house.  I seem to have a cricket problem.

"Stridulation" is the technical term for cricket chirping.  The term describes a sound produced by rubbing body parts together.  In the case of crickets, it's by rubbing their wings together.  Male crickets stridulate in order to attract females and scare away other males.  They stridulate during mating, and after mating.  Basically, they stridulate all the time.

An oratorio is a piece of music featuring operatic singing and a chorus but, unlike an opera, performed without staging.  You're probably familiar with Handel's Messiah, which is an oratorio.  It's about two-and-a-half hours long and alternates between the orchestra, the chorus, and recitatives by the soloists.  Oratorios were often performed during Lent when normal theatrical productions were prohibited, and they tend to be religious in subject matter rather than about mythology or romance like operas.

Watch a few minutes of Handel's Messiah, and then imagine the choir as a bunch of stridulating crickets.  Now imagine that they're singing about their girlfriends instead of Jesus.  Imagine that they do this every night, all night.  What do you get?  A stridulatorio!

My house was full of crickets last fall and winter.  I think they liked it because it was warm inside.  They always seemed to be in the laundry room, hanging out under the hot water heater.  They would be stridulating with gusto, but as soon as I approached, they would all go silent.  As a friend of mine remarked, "It's like when you're singing in the shower and you hear your roommate come into the house, so you stop."   I can just picture the guilty-faced little buggers pretending like nothing had happened.  "Singing?  What singing?  I have no idea what you're talking about.  I wasn't singing. <smirk, smirk, I was stridulating The Messiah, except it was about my girlfriend>".

Although the choir of this cricket stridulatorio sings in the yard, often one of the soloists would venture out into the kitchen.  Whenever I saw one, I would scoop it up in a can I kept on the countertop for this purpose and throw it outside.  I felt bad smooshing them because they're harmless.  But I can't say I'm too sympathetic.  One evening, while I was talking to my aunt and uncle on the phone, I watched a spider snare a cricket in its web in the corner of the kitchen and proceed to disembowel it.  It was actually pretty cool.  Another time, I came home from work to find that a cricket had been disemboweled on my bed.  There were legs everywhere and a spot of cricket gut juice on the sheet.

I've been sealing up cracks and holes in the house ever since I moved in, both in the interest of energy efficiency and also in an attempt to keep the crickets out.  After I noticed crickets lurking around the fireplace in my living room, I discovered a large gap between the river rock facade and the bottom side of the mantle piece.  I filled that up with my dad's favorite expanding foam and touched up the remaining holes with caulk.  It expanded a little out of control, so I had to cut it back down with a utility knife.  It still looks a bit odd, but you can't see it unless you're sitting down or you're really short.  Nevertheless, despite sealing up all the cracks, there are still crickets in my house, stridulating their little hearts out... 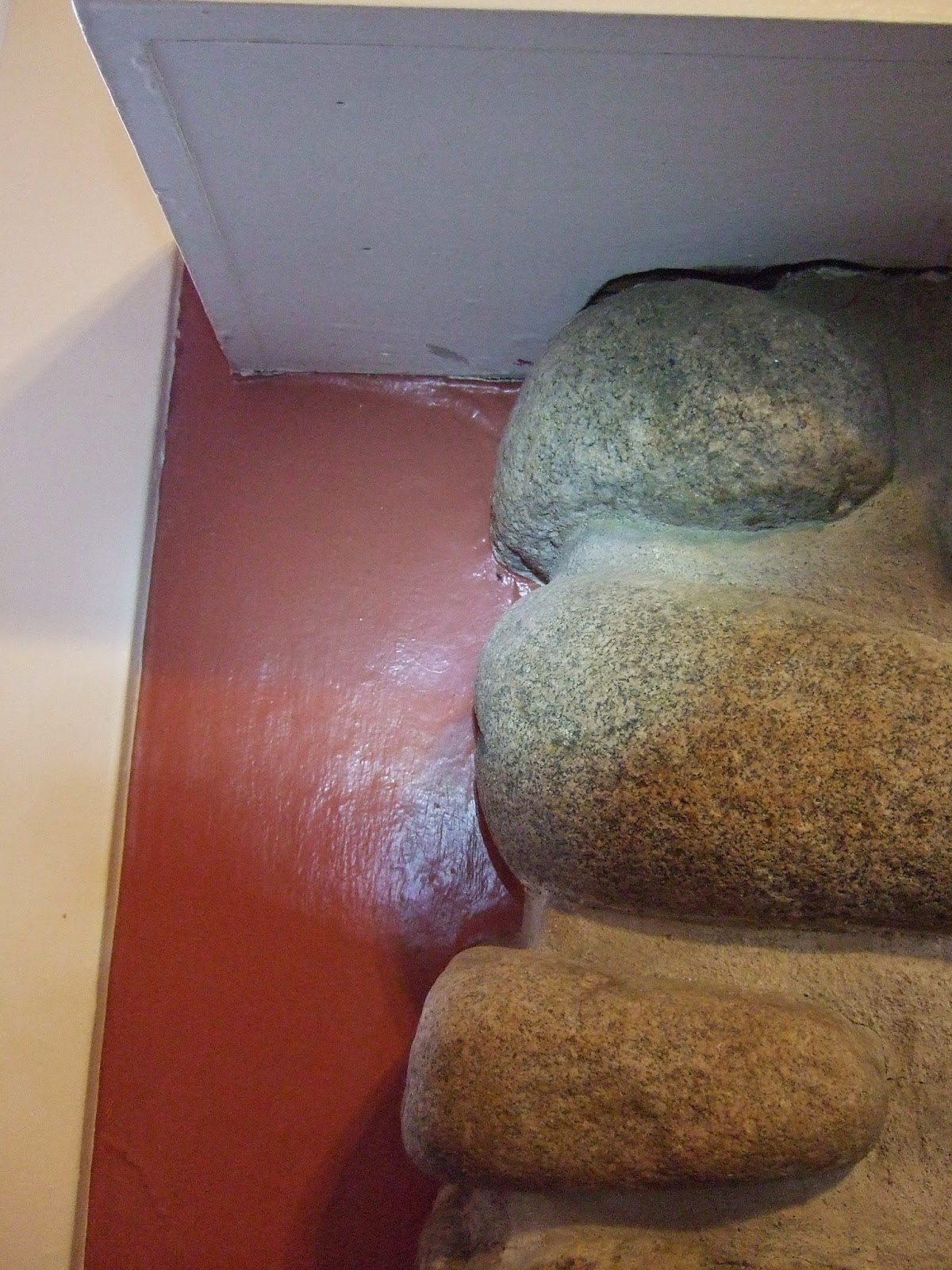 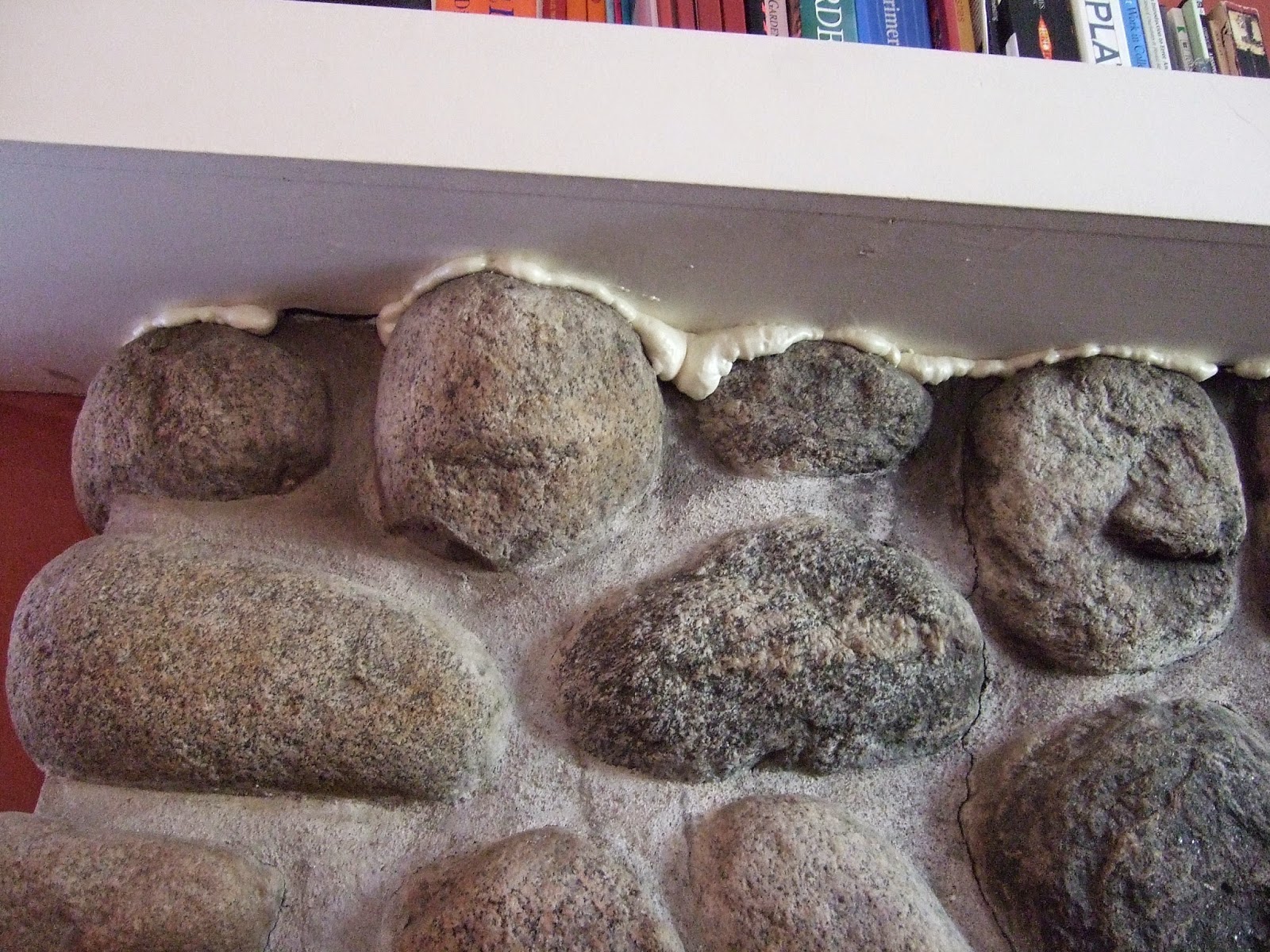 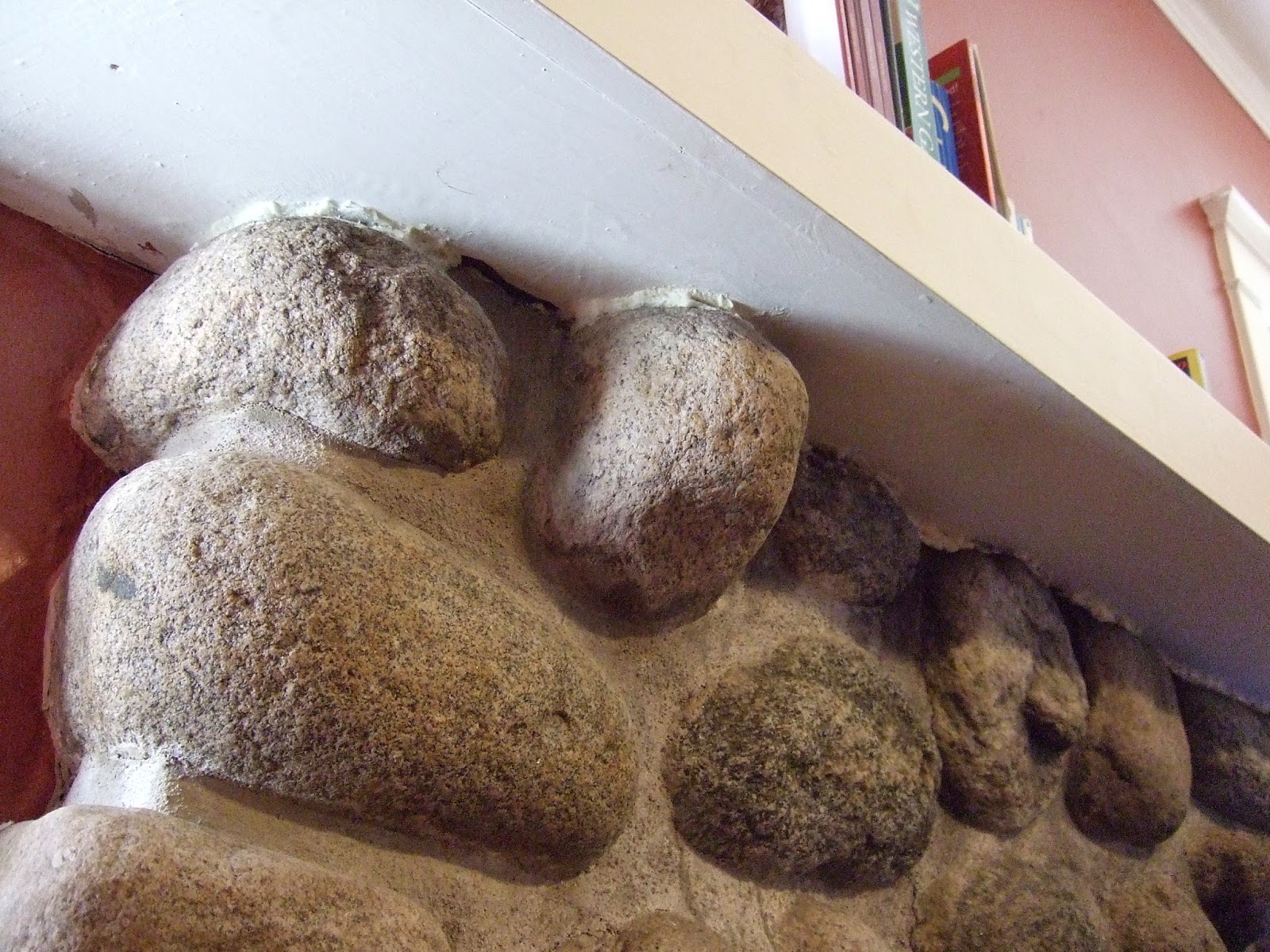